Enclosed on all sides by high moors and hills, and with limited access to the outside world, Glenlivet has long been a refuge for wildlife. Its diverse landscape varies from low lying woodlands and rivers through pine forests and wetlands to upland moors. Much of Glenlivet lies over schists and limestones, which break down into more fertile soil than the granites found elsewhere in the Cairngorms.

Glenlivet thus supports a richer variety of plants as well as larger stocks of wild birds and mammals than many other parts of the Cairngorms National Park. You can explore some of the diverse habitats of Glenlivet using the menu on the left.

There are five areas within the Glenlivet Estate which have been designated Sites of Special Scientific Interest (SSSI's) because of their wildlife value. These include:

These places are representative of the wider natural heritage and interest found throughout the area. Creag nan Gamhainn has also been included on the list of Special Areas of Conservation under the European Habitat's Directive, The Ladder Hills are also a proposed European Special Protection Area for their Hen Harrier population. 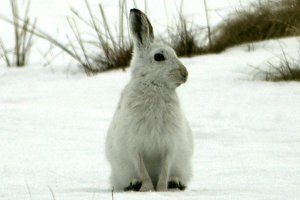 Glenlivet Estate was acquired by The Crown Estate in 1937. Around 58,000 acres in size, it comprises over 30 let farms, 8,500 acres of commercial forests and a sporting tenancy including grouse moors, salmon fishings and deer stalking. Within Glenlivet The Crown Estate has also encouraged sustainable economic development, backed up by significant re-investment, a policy which has won the estate several major awards. Facilities and services for visitors are continually being developed and it is the policy of The Crown Estate to encourage new enterprises and activities, which are in keeping with the area's traditional land uses.

About Us
© Easter Corrie Holidays